Stay up to date with all of the latest school news with SZapp!

This newsletter service
is provided by:

It is great to be back in the school after being on leave. I had the opportunity to visit the Orange County Public School system, the 8th largest system in the USA to work with Principals and staff researching how they effectively ensure each students’ success in such a large system. Each school I visited was over 1500 students and the facilities, structures and systems were colossal to say the least.

I would like to congratulate staff and students for successfully completing the HSC trials. The feedback is in and students now have the opportunity to focus on areas for growth, and attempt to maximise their results.

I would like to ask for parental assistance in managing mobile phones at school. Please do not text your child during school hours. They should not have access to their phones in class. Phones are to be switched off during lesson time. We would prefer students leave their phones at home. It is not necessary for them to have a phone at school.

Students cannot leave the college without written permission from a parent or guardian. This permission can only be accepted via written note, the schoolzine attendance notification or via email. It is also expected that parents sign their child out of the College in person. We cannot guarantee students are going where they are supposed to go without the parental support.

I would like to personally thank all students in Years 8, 9 and 10 for not only their patience in waiting for lines to be finalised but also the mature and collaborative way they have approach any issues or request for changes. It is very much appreciated.

I am currently speaking with Year 10 students and going through their choices – they do have time if they want to make up their mind about clashes and can request to sit in a Yr 11 class if that helps them decide.

Year 12 will be receiving their exam feedback this week and next week. It’s important they they listen to, and act upon the advice given. Results are not always an indication of what students know but it may be reflective of the preparation for the exams – this can be fixed! Now is the most important time for Year 12 as they can ‘value add’ considerable to their Trial result before the HSC.

Many classes are also still covering content so it more vital than ever that Year 12 attend every lesson.

Year 11 will be receiving their exam timetable this week. Students only need to be at school for an exam UNLESS THEY HAVE AN EXAM IN THE MORNING AND AFTERNOON. Otherwise, they may leave after morning exams or just come for afternoon exams. Study in the library will be available as well. All students must attend the Graduation Mass on September 26. All exams will also be on Compass.

A copy of the timetable and a letter to parents will be emailed this week as well. Please contact the front office if you do not receive a copy.

A new Australian drama on SBS called ‘The Hunting’ examines one of the increasingly prominent issues faced by young people, families and school communities today: the sharing of intimate images and/or videos without consent. Sadly, variations of this form of image-based abuse are unfolding across Australia — and the series accurately depicts this in its storyline and the community-wide fall out of a teen photo scandal, where the collision of technology and sexual exploration can be devastating to the individual (esafety.gov.au).

Each year as part of our pastoral program and PEHPE curriculum, every  student  is encouraged to engage in a dialogue around making safe choices and the appropriate use of information technologies including handheld devices and social media. Secondly, the students have also been addressed by Police from the local area command and attended the “Cheap Thrills” production  on making smart choices. All of which are designed to educate adolescents on the ramifications of making safe choices and the mismanaging of their digital footprint and how best to seek assistance should they find themselves in a situation which causes discomfort.

Whilst we do not believe that the content of ‘The Hunting’ is universally age-appropriate for our whole Hennessy community (7-12) we would recommend, and would be happy to support, a dialogue around some of the themes contained within the program at home. You might consider viewing the program before sharing with your child in order to gauge the appropriateness, and how you might approach these contemporary problems before conversation.

Below are a number of resources endorsed by the Office of the eSafety Commissioner that have been developed to assist in initiating a productive conversation:

Please don’t hesitate to make contact if you think that your child would benefit from strategies to help manage the perceived expectations of teenagers in a climate which is becoming ever reliant on handheld devices, social connectivity and challenged to make smart choices.

Congratulations to all the students who competed at the Archdiocesan Athletics Carnival in Canberra last Thursday. The following students were successful in qualifying for the NSW CCC carnival to be held in Sydney on 20th September.

A further Congratulations  to George Fuller who was named the u15boys age champion.  Awesome effort George! Students involved in the AIME Program ( Australian Indigenous Mentoring Experience) had the opportunity to travel to Canberra on Wednesday 14 August to participate in regional community day with over 180 students from in and around Canberra. AIME building mentoring bridges between universities and high schools. The students participated in a range of acitivties on the day that focused oon building confidence, setting goals and meeting a vairety of peeople from a number of different professions. The students who attended made the most of the day and came away with a great appreciation of the experience. They are all very excited to attend the next regional AIME Day. 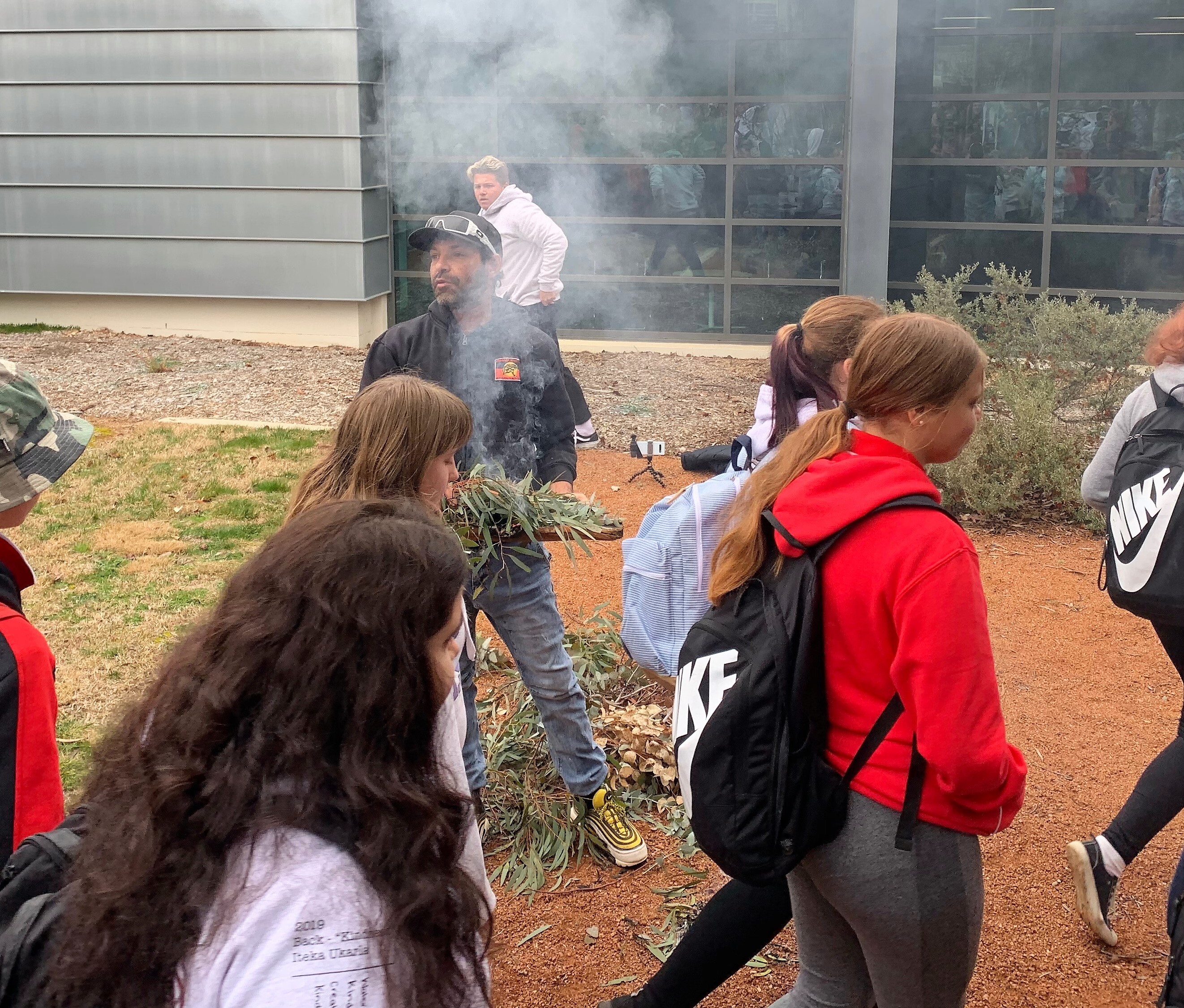 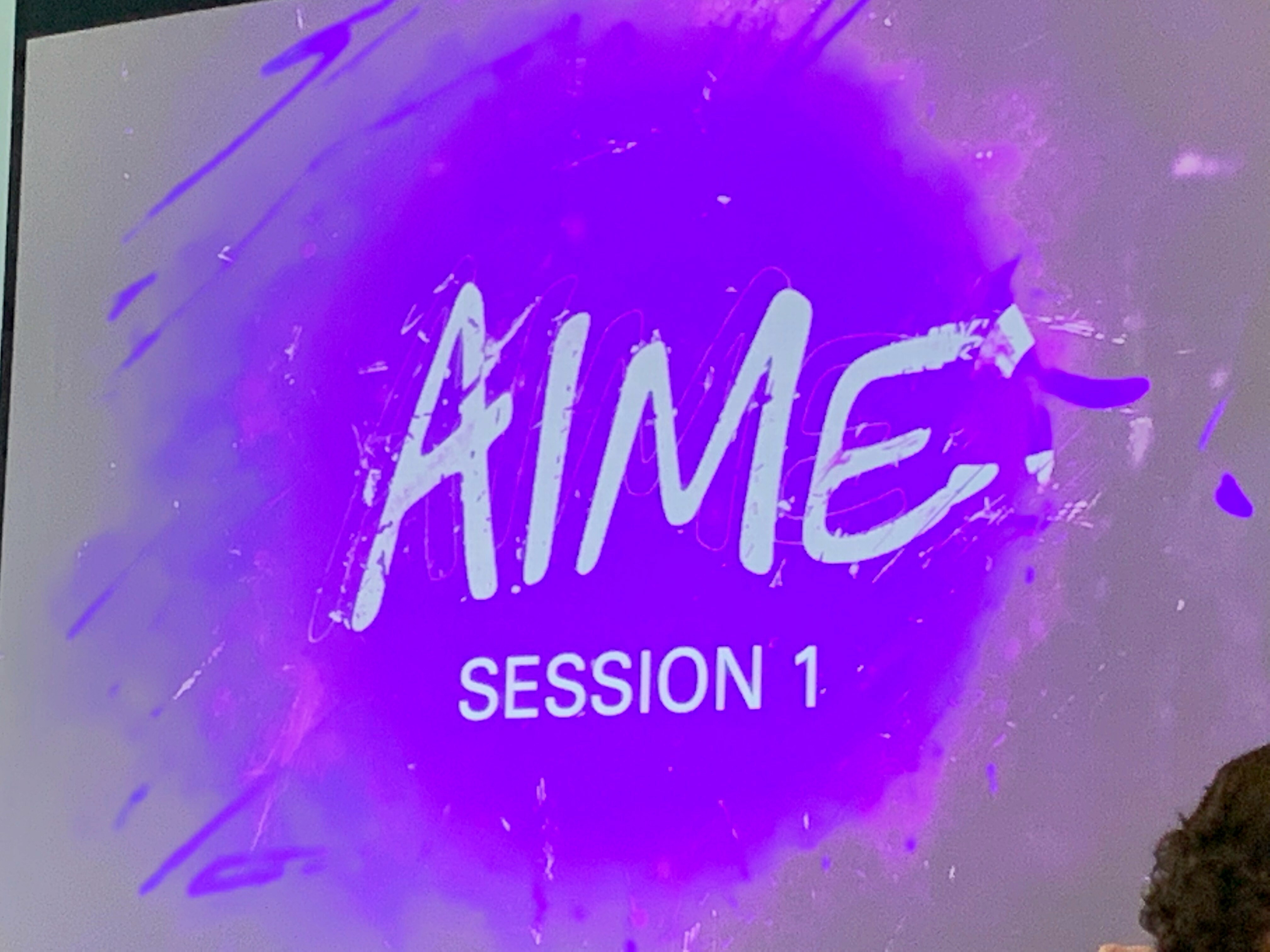 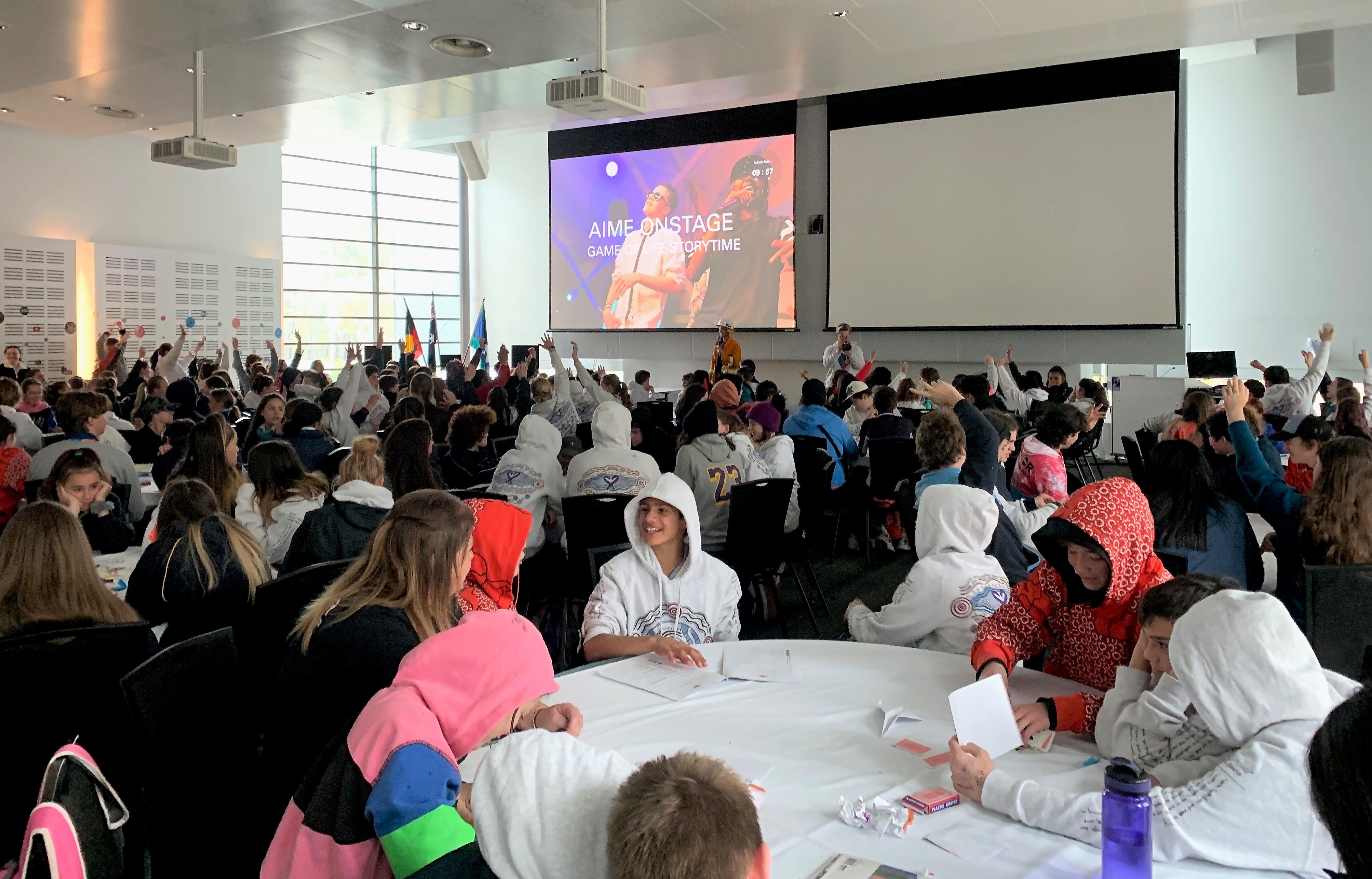 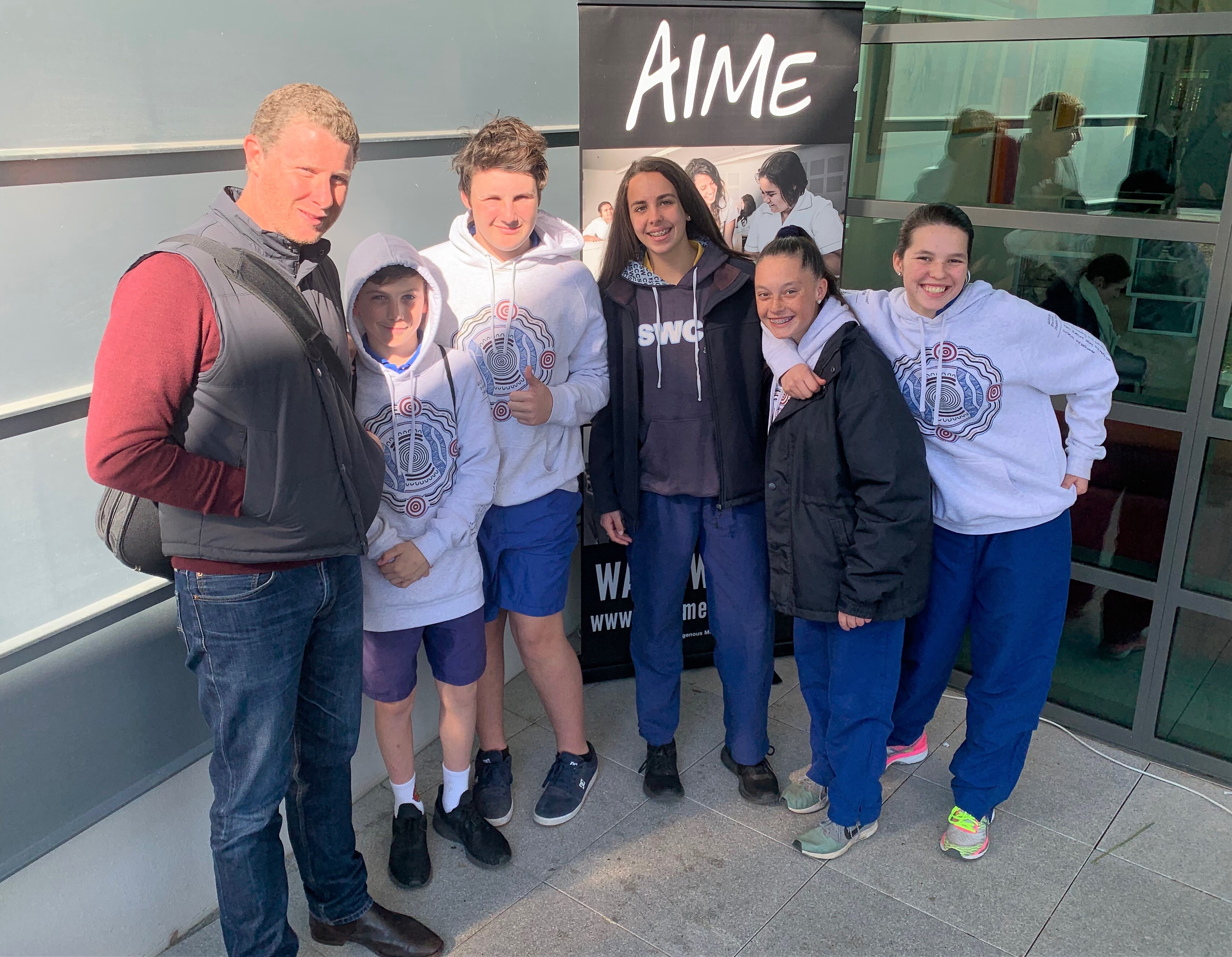 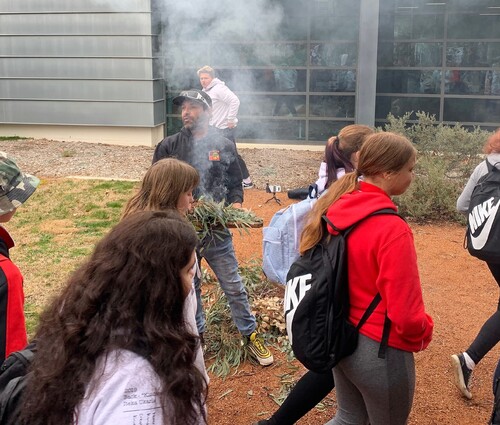 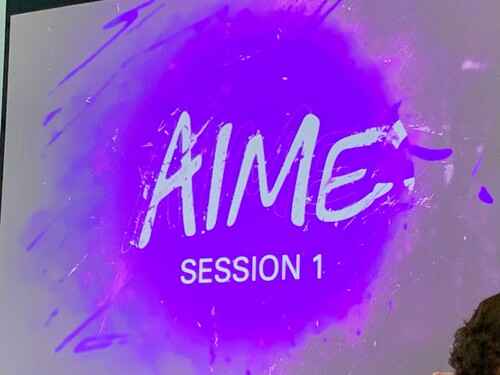 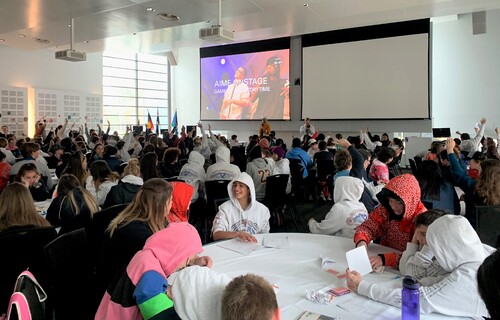 Dates for your Diary

Congratulations to Grace Gibson won the Girls U16’s event at the invitational Champion of Champions in Wagga Wagga last weekend.  Grace is the number 1 U16 female tennis player in the South West Region.  From here Grace has received an invitation to play in the State Championships next month. Over the past two weeks, the college has sent away 5 teams of students to participate in the Brumbies High School 7’s Tournament. Year 7 and 8 girls and 7-10 boys have been trialled and trained for Rugby 7s in Wagga.

Wednesday the 21st of August a team of 13 girls travelled to Wagga to play against teams from Temora, Kooringal, TRAC and Marian College to make it into the semi finals against Murrumbidgee High. Unfortunately Murrumbidgee was too strong winning all grades on the day. Congratulations to the girls for their efforts and teamwork on the day. On Wednesday the 28th of August the boys travelled to Wagga playing against some well drilled teams with the year 7 and 8 team making it into the finals and coming second overall in their grade on the day, moving into the next round to be played in Canberra. 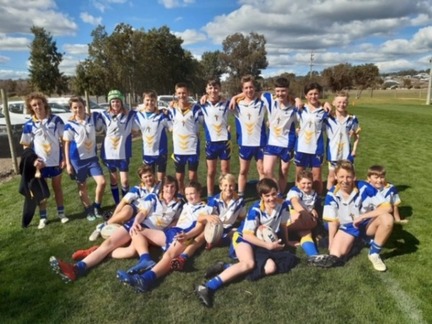 Congratulations goes to the following students from the 7 and 8 teams for their tries on the day - Riley Burgess, Albie Dowling, Oliver Minehan, Max Jones, Rory McGrath, Harry Shea, Corben Bloor and Archie Metcalf.

From the 9 and 10 teams - Liam Jewitt, Will Fayeh, Marty McGrath, Charlie Sullivan, and Mitchell Prest.

A huge thankyou must go to Albert Cavanagh, Ethan McEvoy and Tom Telfer for giving up their time to help train and coach the boys.

Year 11 Hennessy students shared their recent experiences from the Cambodia Immersion Trip with the Mercy Associates at their monthly meeting in August. Students are pictured here with Anne Murphy (from the left) and Joy Cameron. The continual support from the Mercy Associates towards the trip and the Sisters of Mercy Orphanage in Phnom Penh is greatly appreciated. 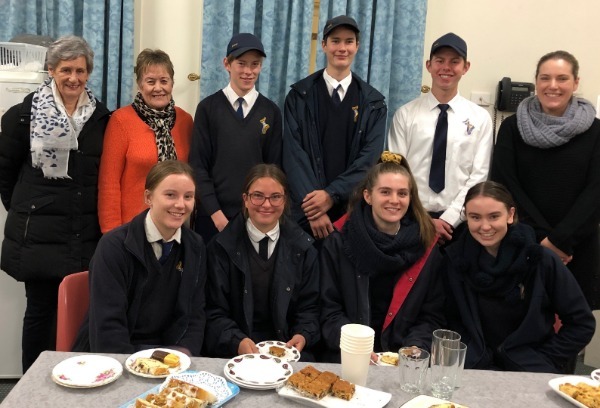 Your prompt payment would be greatly appreciated

There has been a report on influenza A in the College... please be cautious and vigilant.